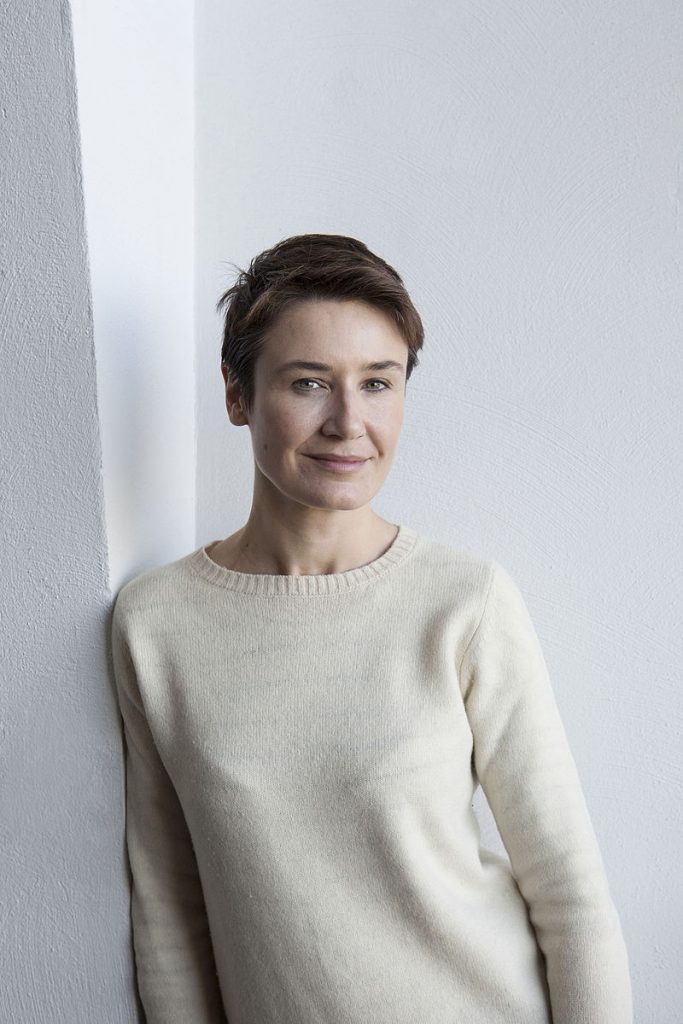 A classic test with a magical result: blow cigarette smoke on the light-blue flower knautia arvenis, and it will turn a toxic shade of green. You won’t believe your eyes. Not all chemical reactions in nature have such an enchanting effect as a puff of smoke does on this little flower. The devastating explosion of ammonium nitrate being stored in Beirut made this all too clear.
Nature doesn’t tolerate much carelessness by human beings. The pandemic that now has its grip on the world is also proof of this. If Covid-19 has taught us anything, it is that we are now physically experiencing the consequences of globalization: we are all part of a small world that has been thrown off balance, mainly as a result of human actions.
Not only are seemingly solid social structures dissolving into fluid ones; instability has become characteristic of all levels of life.
In her solo exhibition “Subjects in mirror are closer than they appear”, Spanish artist Cristina Lucas reflects on the huge disconnect between man and nature.
In abstract compositions made with the very matter that makes up the human body roughly sixteen elements, from carbon and phosphorus to calcium and iron.
she demonstrates the effects of their chemical interactions.
Colors, forms, lines: every composition is the product of a practically uncontrollable process.
Every composition is unique, just as every human being – and the earth itself – is unique. What connects us to each other, and to nature, is the fact that we consist of the same elements. Mankind itself is actually that planet, that earth, the environment. Lucas’s exhibition is an open call, an appeal to restore our connection to the earth and to ourselves.

Central to the exhibition is the video work The People That Is Missing (2019). The images were shot in Spitsbergen, Norway. With her video Lucas not only portrays the urgent issues of our time, but she does so in one of the most challenging locations in the world, the North Pole, where the effects of climate change are obvious and where tensions relating to the international division of sources of fossil fuel will determine the near future.
We hear a woman’s voice reciting a poem.
The images illustrate the poem that is made up of quotes from influential people with frequently contradictory views, from Alexander Von Humboldt to James Lovelock, Viveiros de Castro, Deleuze and Bruno Latour.
The title of this video is based on a quote by Paul Klee, an artist from the early part of the twentieth century.
Philosophers and political leaders have often dreamed of realizing a virtual community – ‘the people’ – by way of art.
Klee considered it the artist’s duty to create that collectivity of the future via a truly cohesive and functional group.

Cristina Lucas follows in the footsteps of Klee – that becomes evident in her video – and makes a plea for jointly bringing about a revolution, a future society with the collective aim of a sustainable existence.

Over the past months, during preparations for her exhibition, the studio of Cristina Lucas has begun to look more like a laboratory. Aside from the video work and the compositions on panels, fragments of elements such as carbon, calcium, and sodium bicarbonate, as well as water, are part of Lucas’s installation.
Together the water and these fragments, distributed throughout the space, also constitute a composition. Those who stand in the installation see reflections of themselves all around.
And in that sense they see, too, our actions, our failures, but also our potential. For in fact: ‘Subjects in mirror are closer than they appear.’