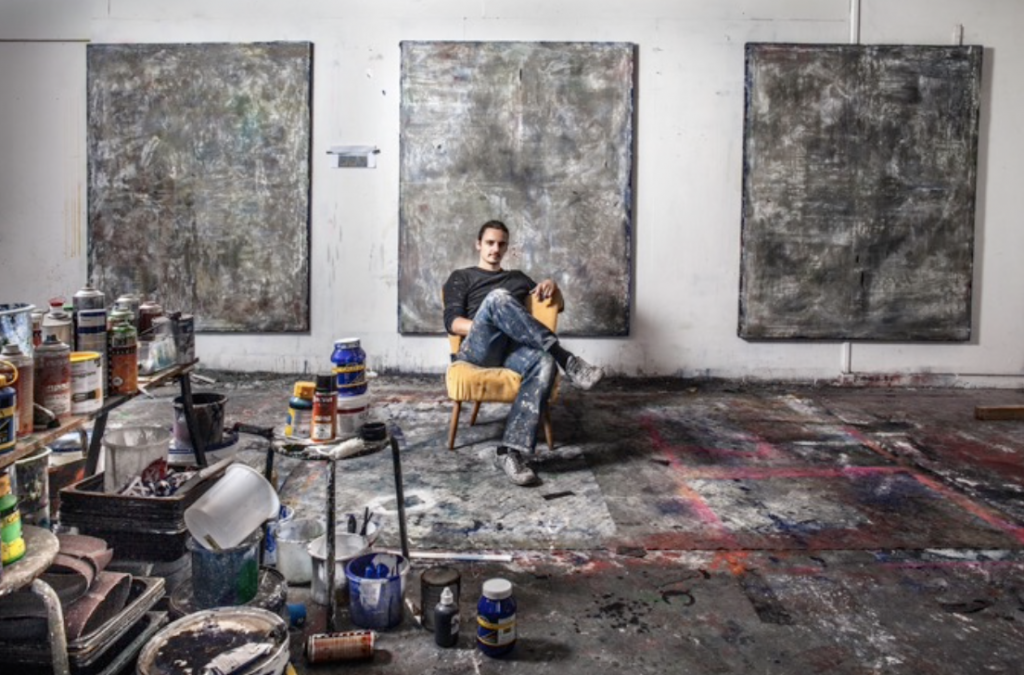 Gijs van Lith received his education at the art academy AKV St Joost in ‘s-Hertogenbosch (NL). After earning his bachelor’s degree, he obtained his master’s degree at the same academy a few years later in 2013. The works of the multifaceted Dutch artist Gijs van Lith alter the expectations and the customary understanding that a bystander generally has of what a painting can or should be. Analyzing the genesis of his creative act, van Lith is extremely close to what were the fundamental characters of action painting, also known as gestural abstraction or abstract expressionism: a style of painting in which color is spontaneously dripped, launched, or stained on canvas, rather than applied carefully. The resulting work emphasizes the physical act of painting itself as in American Abstract Expressionism and in Tachisme, a pictorial style of abstract art which began in France in the 1940s and 1950s – otherwise known as Informal Art – in which the painting is conceived exclusively in its being made of gestures and raw material.