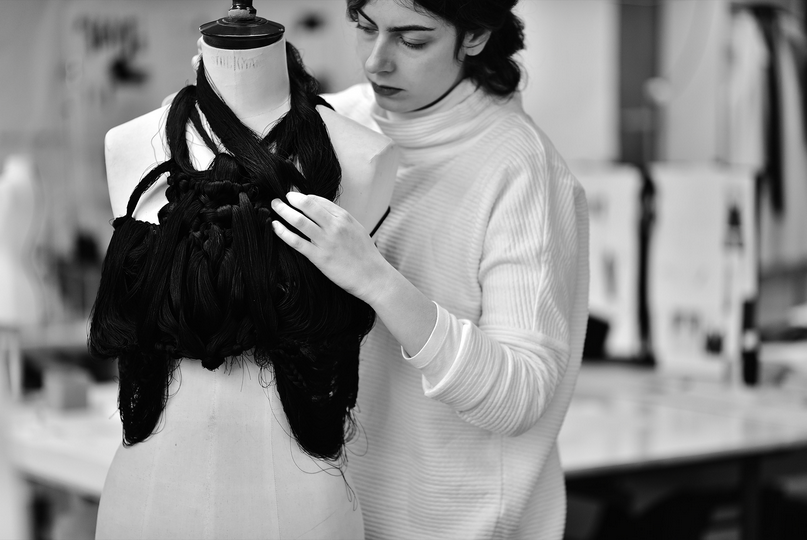 Jeanne Vicerial (b. 1991, FR) lives and works in Paris. Her passion for clothes design began when she was a teenager. After studying costume design and obtaining a Master’s degree in clothes design at the Paris École des Arts Décoratifs in 2015, she started a research project which led to a Sciences, Arts, Creation and Research PhD. She took her research further by teaming up with the mechatronics department at MINES ParisTech to develop a patented robotised process for producing made-to-measure clothes with no waste. She also chose an artistic path which led her to work with Hussein Chalayan and then found research and design studio CLINIQUE VESTIMENTAIRE. In addition to producing her own creations, she has quickly established an array of partnerships with artists working in different fields, including photographers, sculptors, performers, choreographers, musicians and perfumers. Jeanne Vicerial was the artist-in-residence at the French Academy in Rome, at Villa Medici, in 2019-2020. Her work has been widely shown, including at the Palais de Tokyo in Paris (2018), Villa Medici and Palazzo Farnese in Rome