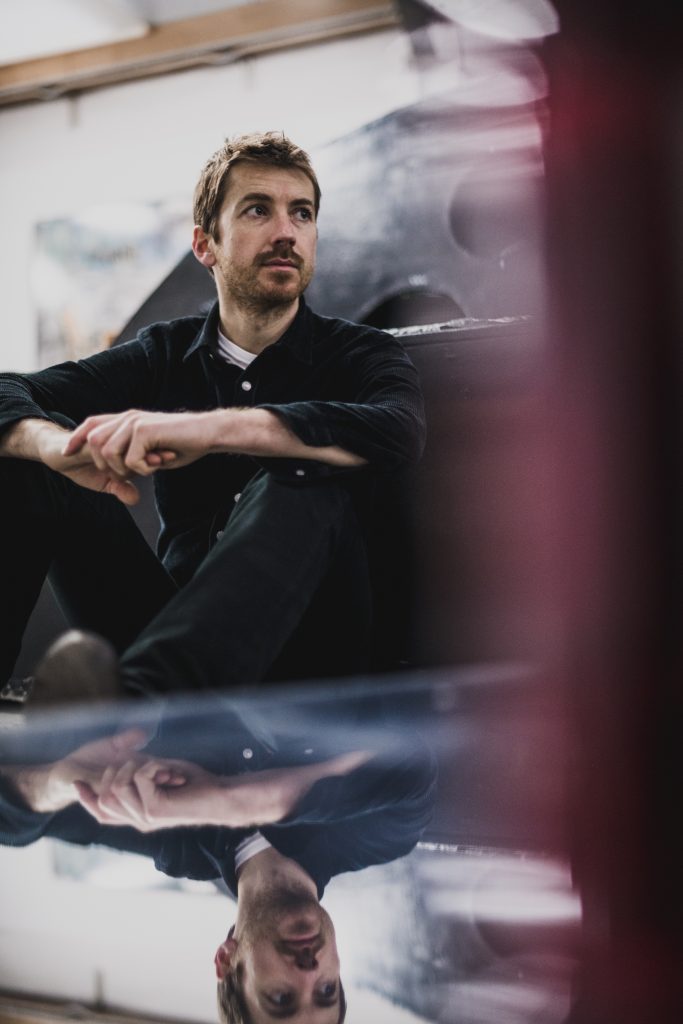 He graduated from the Künstelerhaus Bethanien in Berlin (Germany) in 2013 and from the Higher Institute of Fine Arts (HISK) in Ghent (Belgium) in 2009. Joris Van de Moortel is one of the most noticed artists of the Belgian contemporary art scene.

In 2019, Galerie Nathalie Obadia exhibited Joris Van de Moortel’s new series of pieces on paper at the Art on Paper fair (BOZAR, Brussels, Belgium), and also devoted a second solo exhibition to him in Paris entitled The ne’er do wells set out for a dubious pilgrimage on the occasion of which his first monograph was published. In the same year, Joris Van de Moortel received the Grand Jury Prize for his participation in the 13th International Art Biennial in Cairo (Egypt).

National Gallery of Art (Warsaw, Poland) in 2012; and Exploded view at the Centraal Museum (Utrecht, The Netherlands) also in 2012.

In 2022, he presented the exhibition Foolhardy Boarding a Lost State of Mind at Galerie Nathalie Obadia in Brussels and participated in the group exhibition The Floor & The Door at Platform 6A in Ottegem, Belgium.

In the spring of 2024, a solo exhibition will be devoted to the work of Joris Van de Moortel at two locations simultaneously, the S.M.A.K. in Ghent and the Cultuurhuis de Warande in Turnhout, Belgium.