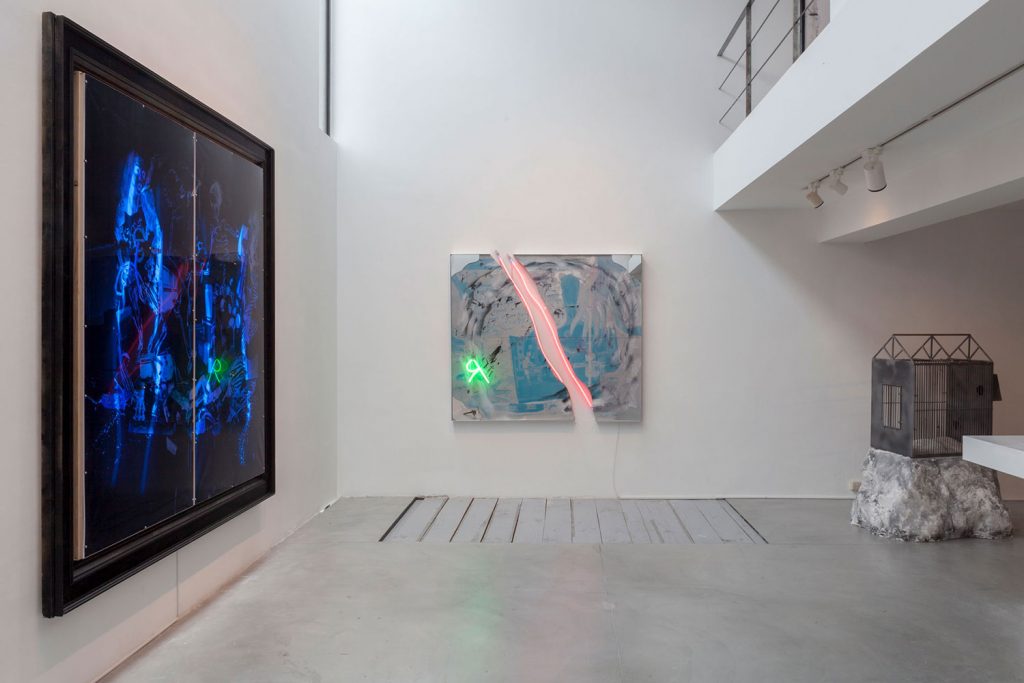 With spaces in Paris and Brussels, Galerie Nathalie Obadia is a contemporary art gallery of international stature. In 1993 Nathalie Obadia opened her first gallery in the Marais in Paris. In this 40 square-metre space she showed work by the new generation of French artists, including Carole Benzaken (Prix Marcel Duchamp, 2004), Shirley Jaffe and Jessica Stockholder.

In 2003 the gallery moved to its current address at 3 Rue du Cloître Saint-Merri, a space of 500 square metres well suited to showcasing the work of new artists like Rina Banerjee, Jorge Queiroz, Luc Delahaye (Prix Pictet, 2012, Lorna Simpson and Patrick Faigenbaum. In addition to this forward-looking work, the gallery, now a reference on the contemporary art circuit, revisited the historic contribution of abstract minimalist Martin Barré (d. 1993). In 2010 two major figures joined the gallery: filmmaker Agnès Varda and artist Sarkis, who thus benefited from new modes of exhibition and international visibility. In 2008 the Galerie Nathalie Obadia was one of the first to open premises in Brussels, Belgium.

Nathalie Obadia continued the development of her gallery with the opening of a new space in Paris, in Rue du Bourg Tibourg in 2013, twenty years after the creation of her original space in 1993. This addition provides artists and collectors with a new range of possibilities for exhibition and cements her position at the forefront of the contemporary art scene. The gallery list was further extended with new artists Fabrice Hyber (Lion d’Or at the Venice Biennale in 1997), Valérie Belin (Prix Pictet 2015), Joris van de Moortel, Mickalene Thomas, Andres Serrano, Edgar Arceneaux and Laure Prouvost (Turner Prize, 2013). Since 2013 the gallery has also represented Eugène Leroy, who died in 2000.

Artists from the gallery appear regularly in the programmes of prestigious cultural venues. Notably, Manuel Ocampo, who represented the Pavilion of the Philippines at the 2015 Venice Biennale, Sarkis who represented Turkey at the same event, and Valérie Belin was given a solo show at the Centre Pompidou. Andres Serrano was shown at the Musées Royaux de Belgique (Brussels), and Lorna Simpson at the Jeu de Paume. In 2020 the Centre Pompidou dedicated a large solo exhibition to the work of Martin Barré.

Nathalie Obadia is graduated with a Master Degree in International Law and Business from Paris-Assas University and also from Science-Po Paris (1988), where she has been teaching since 2016 a course entitled “Analysis of the contemporary art market” in Marketing and Communication Master Degree. In 2019, she published Géopolitique de l’art contemporain (Geopolitics of Contemporary Art) by Cavalier Bleu Editions.