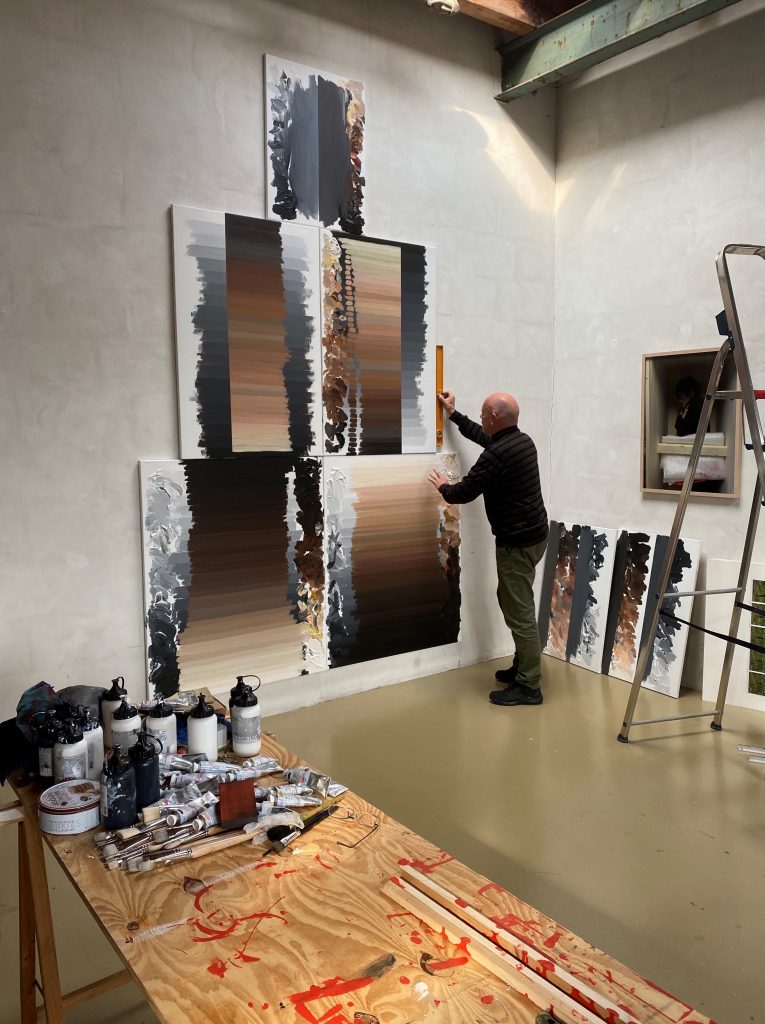 Roy Villevoye (b. 1960, NL) regularly visits the Asmat Papuans. Roy Villevoye (NL 1960) He works in Amsterdam and studied at the Rijksakademie van beeldende kunsten, Amsterdam where he also worked as an advisor from 2000 to 2018. In the late 1980s he was assistant to Sol LeWitt.

After a successful career as a painter, he started following a new artistic course. Especially since 1992 when he began to travel frequently outside Europe, mostly to Papua, the former Dutch New Guinea. From then on his regular stays with the Asmat people inspired him to create a variety of works – first paintings, gradually also photographs and works in other media – about colour, cultural codification and identity. His work has gradually developed as a testimony of -sometimes uncomfortable- encounters and dialogue between two asynchronous cultures, beyond the simplified scheme of progress, the primitive and the mythical and the conventional assessment of values ​​and manners. It reflects the interdependence and complexity of these interactions. This is also a motive in a number of the films he has been making since 1998, often in collaboration with Jan Dietvorst.

Villevoye’s work has been exhibited worldwide and won various prizes. He lives and works in Amsterdam.