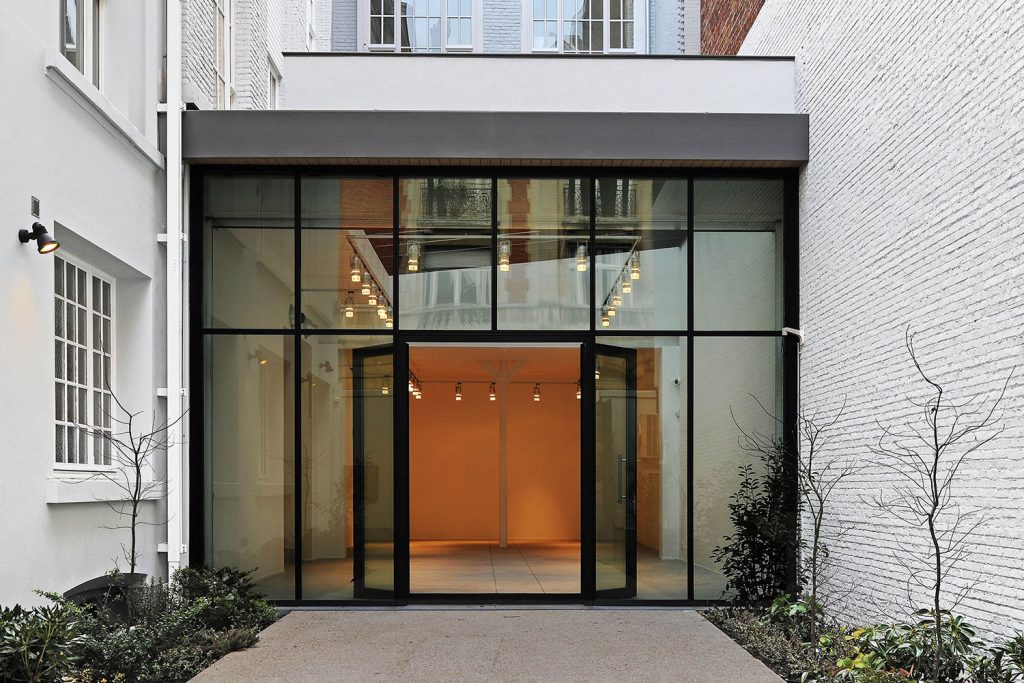 The gallery was founded in 1966 by Daniel Templon, who was then only 21. It first opened rue Bonaparte, in Saint-Germain-des-Prés in Paris, before moving in 1972 to its current location, rue Beaubourg, in the Marais, close to the Pompidou Center, which opened in 1977. Daniel Templon first gained recognition by exhibiting conceptual and minimal artists such as Martin Barré, Christian Boltanski, Donald Judd, Joseph Kosuth, Richard Serra. In the seventies and eighties, Daniel Templon was one of the pioneers of the contemporary art and introduced many important American artists to the French public: Dan Flavin, Ellsworth Kelly, Willem de Kooning, Frank Stella, Andy Warhol. The gallery quickly became one of the references in contemporary art in France. In 1972, Daniel Templon and Catherine Millet co-founded the monthly art magazine ART PRESS.