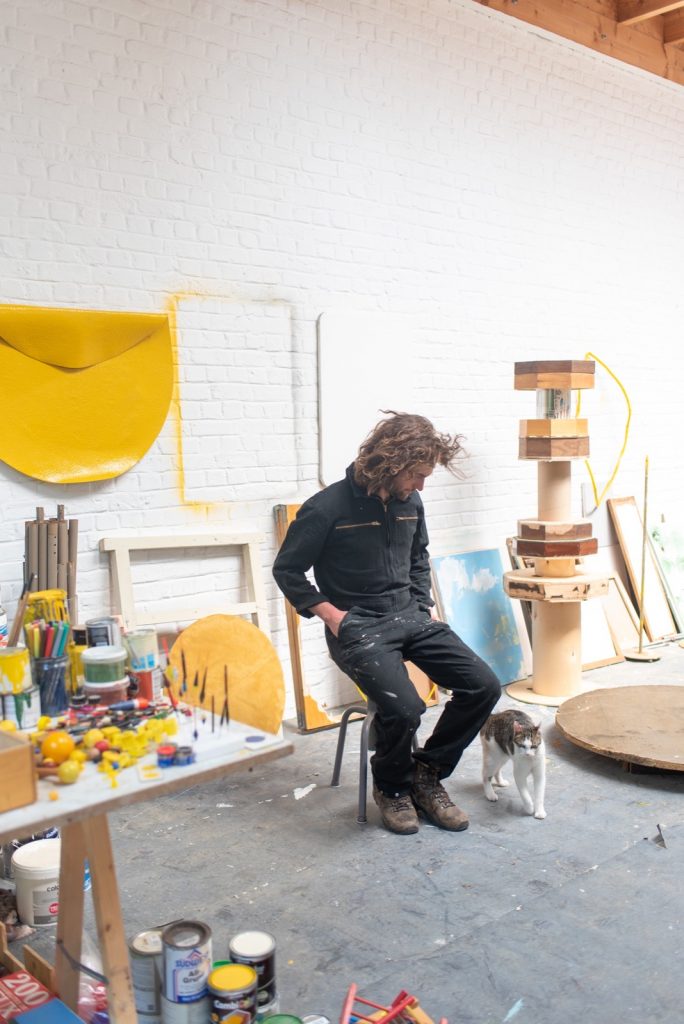 Toon Boeckmans’ projects include installations, videos, paintings, and drawings. His work defies ready classification and is often both dystopian as well asn humoristic. Toon’s multifaceted works are often centred around observations of, and engagements with, the poetry of the profane, the momentary, the homo ludens and non-verbal communication.

Toon Boeckmans’ work is sometimes based on found objects that he transforms through minimal yet intelligent interventions, giving these objects new meanings, connotations and narrative.
He deprives these objects from their original teleology and setting and brings themtogether in a new context which enables new possibilities and unconventional conventions.
Bird footprints on billiard chalk suggest a present absence or absent presence of a billiard player and an unidentified passer-by.

An installation featuring a dark blue billiard cloth and white pins suggests a universe of new possibilities and undiscovered territories.
A used dishcloth is mounted on stretcher bars that are typically used to mount paintings.
Toon Boeckmans puts the banality of everyday life on a pedestal by means of a subtle intervention.
Many of Toon Boeckman’s works investigate the play element of society and communication. Quiet Talks & Summer Walks features for example twenty horses from five chess games positioned on an improvised merry-go-round.
Whereas the rules governing the play of the game of chess are strictly regulated, Toon Boeckmans’ installation allows for new strategies and invite the spectators and players to develop their own narrati.